In the mid-1960s I was a voice major at the Dana School of Music.
I had the honor of singing bass in the Dana Madrigal Singers,
a select vocal group directed by Professor Wade Raridon. 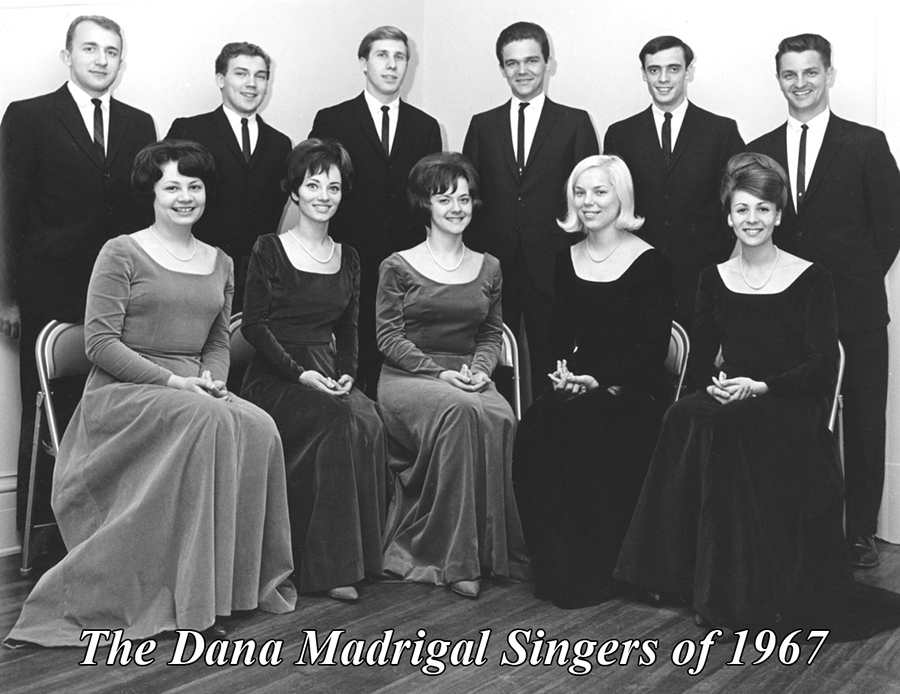 The Madrigal originated in northern Italy during the 14th century, declined and all but disappeared in the 15th, flourished anew in the 16th, and ultimately achieved international status in the late 16th and early 17th centuries. Madrigal singing was a pleasant and private entertainment medium for small groups of skilled amateur musicians, who often sang around a table after a meal, just to entertain themselves and enjoy singing together. On stage, we usually sat around a table like this to perform.